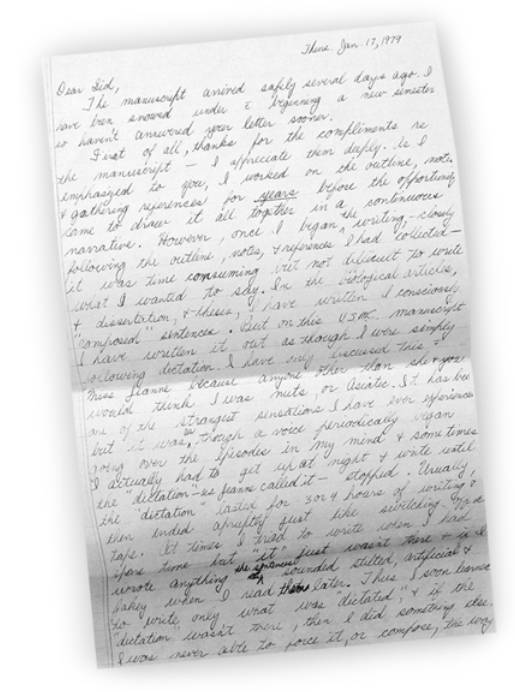 A POWERFUL CONFESSION BY EUGENE B. SLEDGE

One of the most fascinating documents we’ve received from Sid Phillips is a never-before-seen 5-page handwritten letter from Eugene Sledge to Sid. In the letter, dated January 17, 1979, Sledge describes to his best friend how he came to write the yet-unpublished manuscript that eventually become With the Old Breed, the bestselling book that ultimately became much of HBO’s The Pacific miniseries.

The letter shows how Sledge has shown his manuscript to Sid and Sid has given him feedback. Sledge thanks Sid for his compliments, and tells how he worked on the outline, notes, and references for years before gathering it all together in one continuous narrative. Then he makes a startling statement, differentiating the writing process of his manuscript from other academic articles he’s written. Sledge describes the process as mysterious, almost bordering on the divine. Sledge writes:

… In the biological articles and dissertations and theses, I have written consciously “composed” sentences. But on this U.S.M.C. manuscript, I have written it out as though I were simply following dictation. I have only discussed this with Miss Jeanne because anyone other than she and you would think I was nuts, or “Asiatic.”

It has been one of the strangest sensations I have ever experienced, but it was as though a voice periodically began going over the episodes in my mind, and sometimes I actually had to get up at night and write until the “dictation”—as Jeanne called it—stopped. Usually the “dictation” lasted for 3 or 4 hours of writing and then ended abruptly, just like switching off a tape. At times I tried to write when I had spare time, but “It” wasn’t there, and if I wrote anything, the sentences sounded stilted, artificial, and fakey when I read them later. Thus, I soon learned to write only what was “dictated,” and if the “dictation” wasn’t there, then I did something else. I was never able to force it, or compose, the way I can in writing articles and reports.

The only effort in the writing on the manuscript was the careful cross-checking references for accuracy. None of this manuscript has been rewritten…. It has been amusing to me that when almost every reviewer has told me that the manuscript has obviously been rewritten and rewritten several times to get it in its present shape. …Anyone would think I was a lunatic if I told them I just wrote out as fast as possible what that ‘voice’ dictated to me.

Jeanne tells me—and I believe her—that the manuscript was inspired. I don’t claim to be another Joan-of-Arc hearing divine voices, but I swear to you that writing this U.S.M.C. manuscript has been one of the strangest sensations I have ever experienced. It has been as though my pencil simply puts on paper the words I was told to write down….

AN INSPIRING MESSAGE BEFORE BATTLE

With the American invasion of Guadalcanal just days away, Sid Phillip's commander Col. Cates, issued a letter to his Marines to prepare them for the battle ahead. Sid kept this historic letter and shared it with us which we've reproduced below. 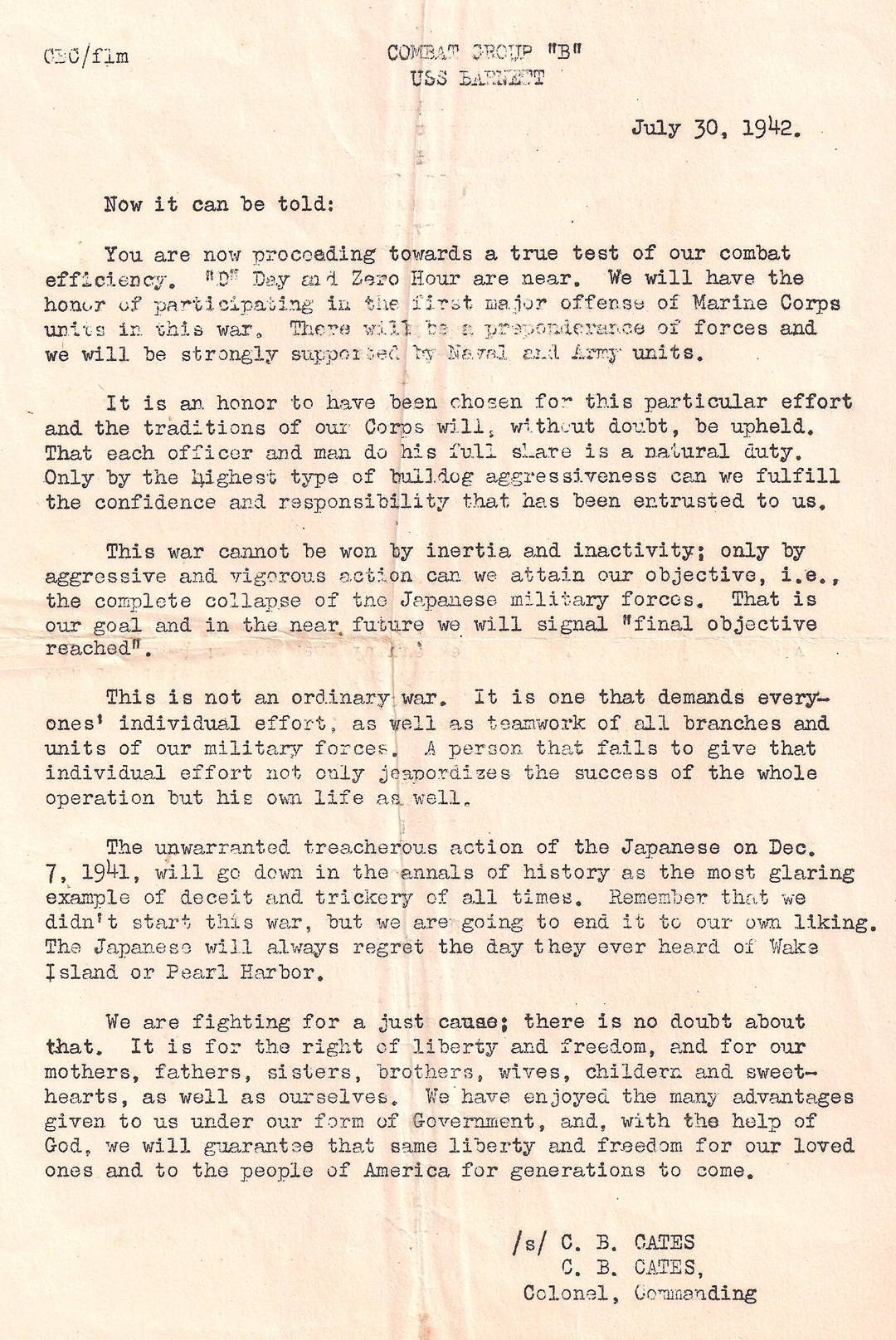